The Ugly Truth About Accent Reduction

Reducing your accent might mean reducing part of you in the process. You know there's another way  though, don't you? Watch the video and read on to learn more about accent reduction and the ugly truth.

Many people come to me, both native and non-native speakers, out of a fear of alienation: they fear being treated like an outsider in the group that they live in, or fear losing their place in the group because of their pronunciation.

It’s quite understandable, because when two accents or differences in pronunciation meet, it is a very tribal thing. The acclaimed Linguist David Crystal talks about this and is quoted in Cambridge Academic English as saying:

“If it is in the same accent, then probably it’s part of your tribe, and probably it’s safe to go out there. On the other hand, if the ‘ugg’ that comes back is one you don’t recognise, then maybe if you go out there, you should take your club with you because it may be somebody from a different tribe who wants to take over your cave.”

These are very instinctive behaviours, and one would hope that modern society is moving towards a much more embracing attitude, but nonetheless, they trigger very real fears.

Part of the challenge is that pronunciation is part of who we are, so there’s a heavy emotional connection. So a second fear, when changing your pronunciation, is loss of identity or being fake.

She says that accent addition is the ability to switch codes depending on who you are talking to. If you’re talking to someone in your home community it’s okay, but if you’re looking for a job or anything else or simply want to buy something, it’s handy to know how to be clear. It’s a practical matter. So it’s not that they are right and you are wrong, which is a psychological matter. It’s not even a matter of correcting errors but simply to know how to adjust if there’s been a communications breakdown.

This way, you don’t have to have a personality transplant but you have a new ‘code’ as Judy puts it, which you use when you need to, and it will make you feel more of a part of a new community.

Do you want to improve your British English Pronunciation? Do you have 5 minutes a day for 5 days? Then download this... 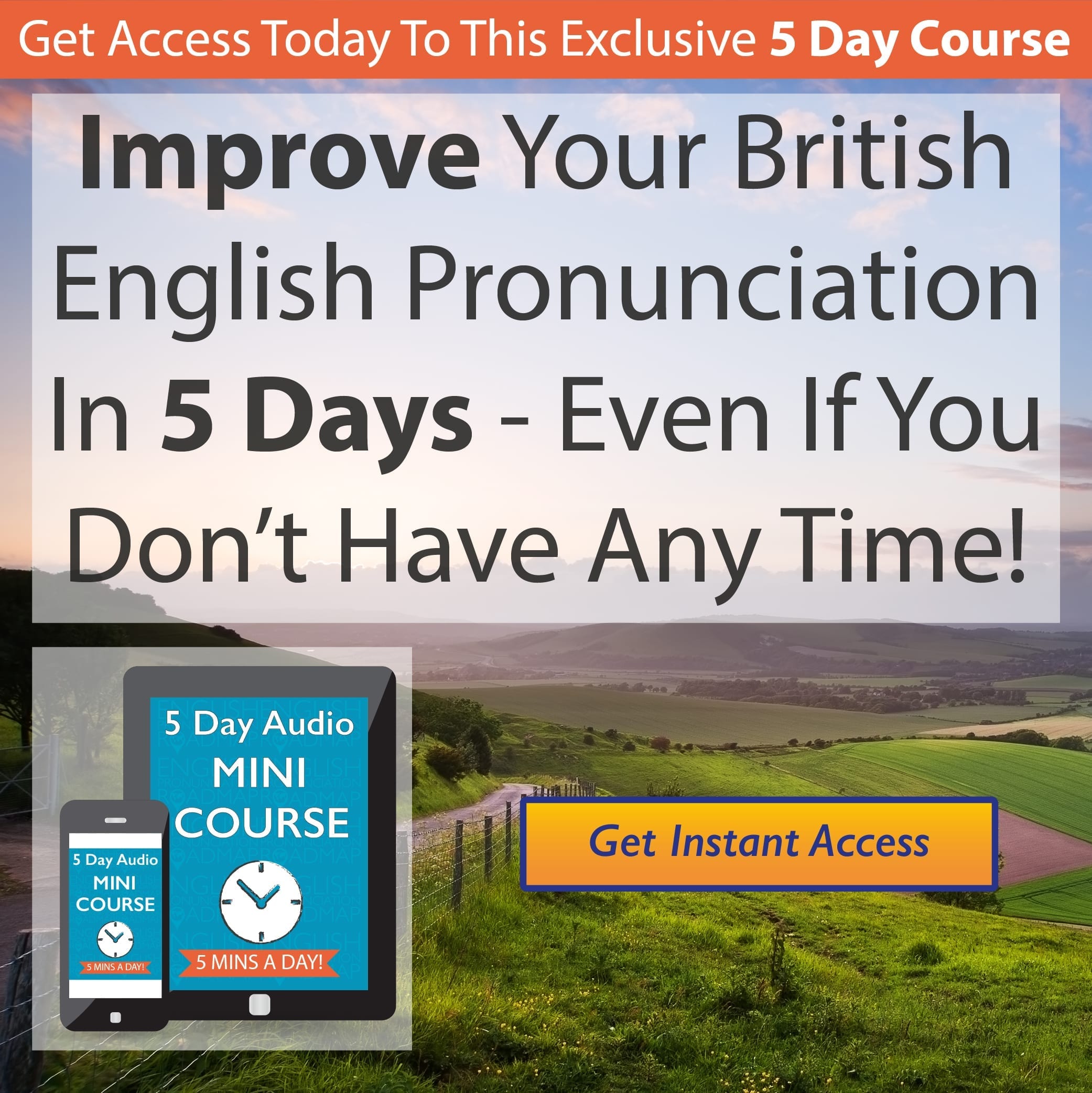 Remember to scroll down leave a comment, give me a thumbs up or thumbs down, either way just give me a reaction, subscribe to my channel, like my page, leave a comment and I’ll speak to you soon.