5 British Pronunciation Hacks: How To Bridge the Gap Between Spellings and Speech

You know that there are some secret spelling rules that unlock the pronunciation of British English, don't you?

Here are the 5 ‘must-know’ ways to help you speak in a standard British English accent with more confidence and clarity.

It is possible for you to speak British English with fluency and ease, but if you’re hoping that the spelling will help you, chances are that what comes out of your mouth won’t be understood first time.

Here are some quick tips for decoding the spelling and speaking without fear of confusion.

This is a MUST! Some languages and accents DO pronounce every written R, but not standard British English. Thankfully, there’s a really simply RULE to follow:

RULE - If a written R is followed by a spoken vowel sound, say the R, and if it doesn’t, then DON’T say it.

There’s a bit more to this, but let’s keep it simple for now. Remember this rule as it’ll have a big effect on your speech.

This is specifically to do with the written G in NG spellings, especially when it’s at the end of a word.

So you’d think that the G in ‘sing’ would be pronounced in exactly the same way as in ‘game’ - I’m afraid not. In a standard British English accent, these specific G’s are often silent.

However, it’s not a simple as taking away the G, because then you might mistakenly pronounce ‘sing’ as ‘sin’, which of course has a very different meaning. So, what should you do? 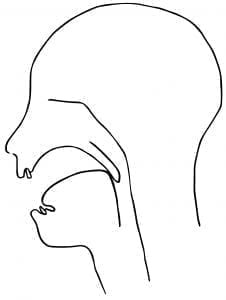 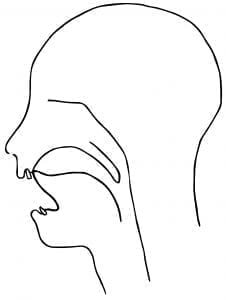 So you get to make the NG sound but don’t add the G sound at the end. So in ‘bring’, ‘rang’, ‘emailing’, ‘working’ and ‘eating’ you pronounce them with a final NG sound, not a G sound.

Of all English spellings, vowels ‘a’, ‘e’, ‘i’, ‘o’ and ‘u’ are the most misleading. For example, ‘pour’, ‘pore’, ‘paw’ and ‘poor’ are all pronounced exactly the same in standard British pronunciation - unbelievable, right?

So, be warned. However, I have found some trustworthy spellings for some vowel sounds - and believe me, you should treat them like gold-dust!

But, REMEMBER THIS - these spellings ONLY work if they are on the primary stressed syllable of the word (the strong, emphasised part of the word).

Quite straightforward really, it should always be the vowel sounds that are stressed in British pronunciation. Putting stress on the vowel sounds essentially means emphasising it, and most speakers do that with a change of pitch or tone. Here are some words to play with and the ‘stressed’ vowel sounds are written in capital letters:

When there are more syllables in the word, it doesn’t mean that you should stress all of the vowel sounds, but that’s another story. Here are some words with more than one syllable and the stressed vowel sounds are written in capitals:

It’s difficult on paper to but if you were to stress the consonants instead, ‘vase’, ’man’, ‘win’ and ‘these’ they might look for like:

Have a listen to the audio on the video - they sound pretty strange!

The best is always last! So part of the problem, especially in terms of vowel pronunciation is that the same spelling doesn’t mean the same sound, as we found out in tip no. 3 - ‘pour’, ‘pore’, ‘paw’ and ‘poor’. So it’s not like you can just group words together based on their spelling - oh that you could.

However, a wonderful phonetician called John Wells suggests that words can be grouped in terms of their vowel pronunciation.

Essentially, any one accent will group words based on the pronunciation of the vowel sound in the primary stressed syllable. Which means that the stressed vowel sound in all of the words within one group rhyme with one-another! And this is great news for you, because once you’re confident with a certain vowel sound, it’s a matter of building that group of words and making sure that the vowel sounds rhyme.

For example, the vowel sound in all of these words are pronounced exactly the same - ‘crawl’, ‘taught’, ‘board’ and ‘more’. So John Wells say, they belong in one Lexical Set.

But how do I know which words belong in the same group?

I’ve done it for you!

I’ve compiled a huge collection of words - 850 to be accurate - and put them into their lexical sets! The words are also considered to be the most common, basic English words, which no doubt you’ll be using all day long. So in other words, if you can crack these, you’re a huge step closer to clearer and more confident speech. It's like a British pronunciation treasure trove!

AND, I’ve thrown in some pictures, descriptions of how to make each vowel sound, and over 40 minutes of audio, to help you practice. You might say it’s a sort of CRASH COURSE in British Pronunciation, and it’s FREE. Look at the link below, click 'LEARN MORE', download your free copy now and get going!

... and remember to scroll down leave a comment, give me a thumbs up or thumbs down, just give me a reaction, subscribe to my channel, like my page, leave a comment and I’ll speak to you soon.

Download the FREE 'CRASH COURSE' and discover how to pronounce the most common, everyday English words that you'll definitely be using all day every day.

Do you know something we don’t?

Got additional suggestions about how to bridge the gap between spelling and British pronunciation? Do you know any rules about British  pronunciation? Want to share your experience of learning how to speak in a British English accent? We'd love to hear about it over in our Community!

How To Pronounce AE

How To Pronounce AR

English Spelling - How to Pronounce AR